The second day, we entered the festival venue just as Deecracks were playing their last song. Mike, their drummer, was supposed to play two gigs that day (Deecracks and Smoke or Fire), but during the day, it turned out that he would have to make a third one. But more on that later on.

Next on was an acoustic set from Antillectual at the merch tent, which we definitely had to check out. Chilled atmosphere with a really down to earth and nice band. The Dopamines were playing at the same time, so we went to the Wood Stage to watch a part of their set. It’s one of those bands everybody is really hyped about, but I only knew their name before. It was an ok set. It’s not really my type of music and honestly, maybe I’m too old for that, but their jokes were just a little too much for me.

After a short walk to the River Stage, we were waiting for one of the bands I was really looking forward to: PEARS. It’s 3 p.m. and the River Stage is already packed! They entered the stage with the sounds of The Red Hot Chili Peppers and their set was simply perfect. So much energy and Zach Quinn is just an amazing frontman, always on the edge between genius and insanity. The first highlight of the day! 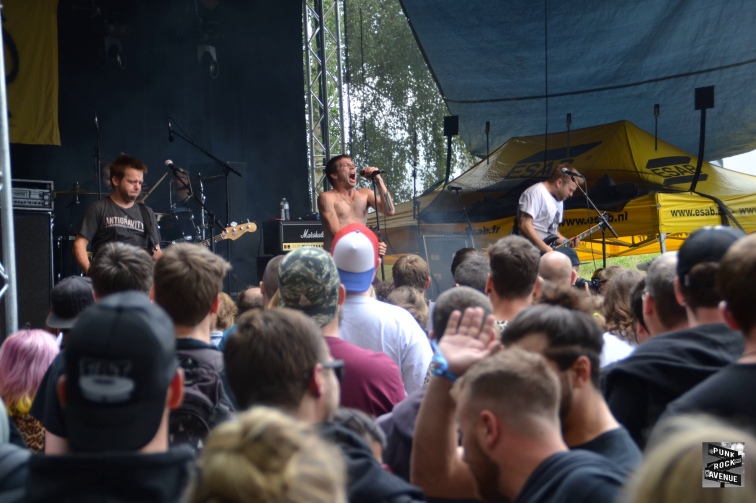 We skipped Smoke or Fire for a lunch break and waited for Cigar. I know that a lot of people were super hyped that they were coming over for this festival and I saw so many people singing along in the audience, so I totally respect that band, but we left the show and got ready for the next act on the Wood Stage. 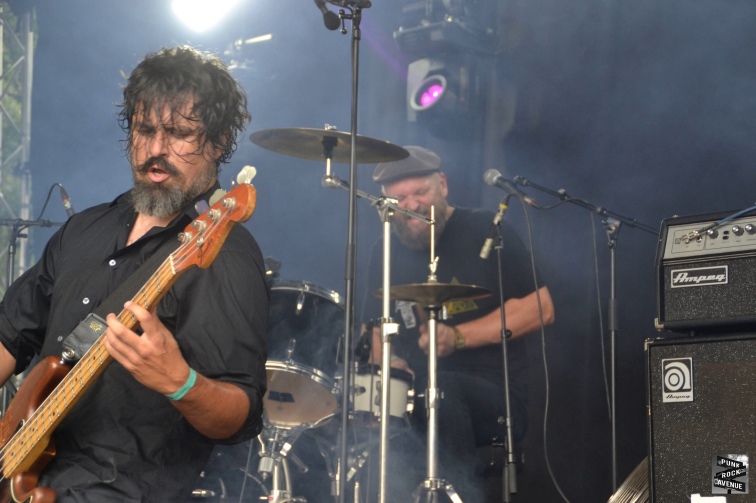 There were two bands playing this festival that I desperately wanted to see live. First, Pulley, and second, Much The Same. I was super happy after 40 minutes of Much The Same: great set, great live band and Jo from Coral Springs sang a song with them (see the video we posted on our Facebook page).

While Much The Same were playing, we started hearing rumors that Pulley and Good Riddance wouldn’t play because their flights from Spain were cancelled. It was a big bummer for me and as a former promoter, I can say it’s the most horrible scenario you can face. And to be clear: it’s neither the bands’ nor the promoters’ fault, as some people dared to write on the Internet. And it’s not super cool to throw beer at the person announcing the cancellations in front of the audience!!! They did the best they could and switched some slots. They put The Priceduifkes, a local band, in one of the missing slots and had Joe Macmahon play a set with his band, which was the third gig of the day for Mike.

I was a bit down after that news, so I watched Masked Intruder from afar. It seemed like a fun show.
We only watched 4 or 5 songs from Dave Hause, but I really enjoyed what I heard and I always like those punk rock singer/songwriter acts between bands because they bring a bit of diversity in the whole straightforward punk thing.

What made Martin a bit happier after those cancellations? A fun and energetic Less Than Jake gig! I’ve seen that band at least 15 times in my life and they were one of my favourite bands when I was a teenager. They never disappointed me on stage. An hour of pure fun and straight forward ska punk on stage. 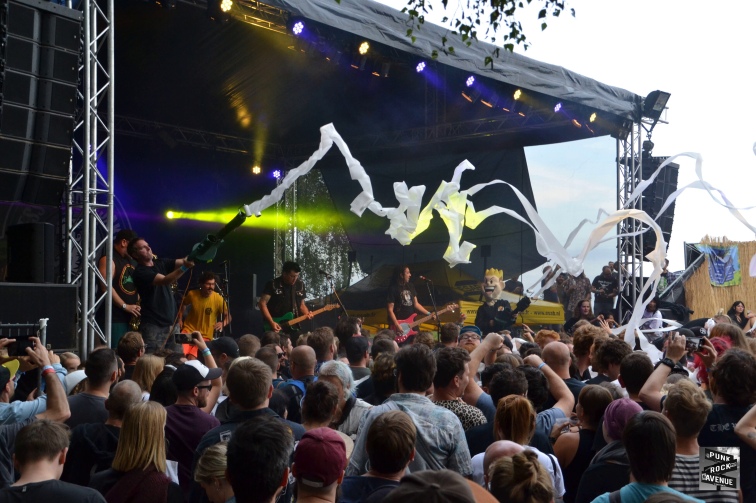 When it comes to “ramones-core” and the whole 77 punk thing, I’m always a bit sceptic, because it’s not really something that I’m super into, except for one band. Teenage Bottlerocket are always fun to watch and they also delivered this time. They even had a bear on stage, which, let’s be honest, is super cool! Haha

As Pulley and Good Riddance were not playing, we had an hour of waiting before the best band in the whole universe. Then it was Descendents time! They’ve always been my favorite band and seeing them in front of 2,000 punk nerds singing along all those classics together made me feel like I was in punk rock heaven. With goosebumps all over my body, we went back to our hotel after an amazing festival. I can just congratulate Kim and his crew for putting up such an amazing festival. We are definitely coming back next year!