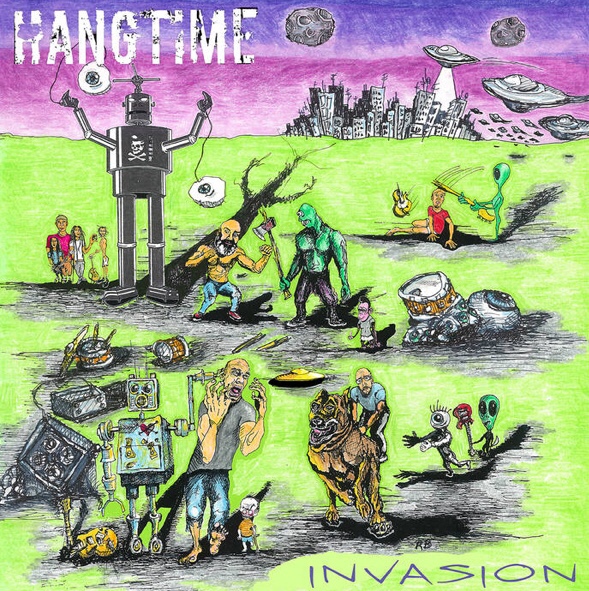 On March 1st of this year, Hangtime, a group of four Toronto pop punk veterans, launched their very first EP, but third release, Invasion. One intro and six melodic punk songs. Right from the first listen, I was delighted by their sound.

The first song, A Thousand Years Ago, reminds me so much of Masked Intruder, a band I really like. It’s the same kind of sweet and lovely pop punk. I didn’t need more to be hooked right away! The rest of the record is just as sweet, fun and melodic as this song. It’s so catchy that you can’t help but humming the songs after a few listens.

If you’re a fan of Slick Shoes, you might have a soft spot for their fastest songs, She and Lucky. I love those songs so much! In April, the band released a video for One Nine Nine Five, another great melodic song.

I can’t believe I missed them when they played in Ottawa in March! I was sick so I couldn’t make it to the show and it really made me mad. They’re touring in Ontario during the weekends, but unfortunately, there’s no date for Ottawa on their calendar… yet? I really hope they will come back in town any time soon because I want to get the chance to see them and sing along the songs I love so much.

Finally, if you want to listen to some refreshing melodic pop punk, Invasion is definitely a great option for you and I highly recommend it. Here’s the link : https://hangtimeband.bandcamp.com/album/invasion.