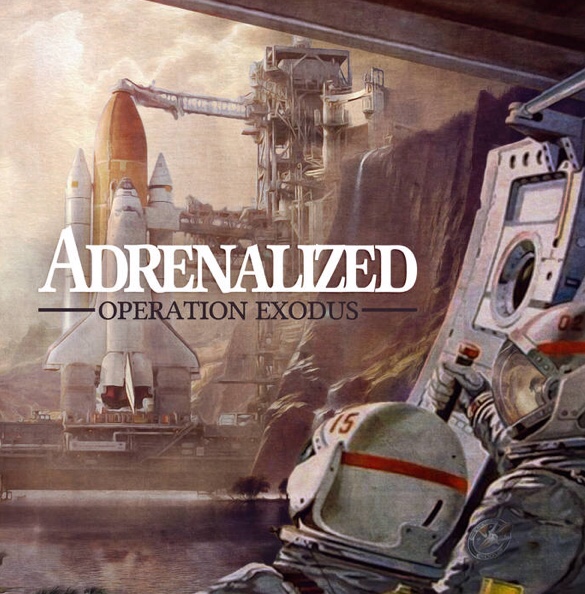 I am not getting that pumped often for an album release, but I’ve been waiting patiently for a few months for the new Adrenalized to come out. Their last album « Tales of a Generation », that came out in 2013, is still constantly playing in my rotation and has passed the test of time, so the bar was already set really high for this one.

After listening the first minute of the first song « Operation Exodus Part II », I knew I was in for a hell of a ride. The song starts out so technical and fast and the way the vocals are jumping in the verse with the guitar is simply brilliant. The chorus then flows very naturally and the harmonies are great and before you could know it, you were back at the awesomeness of the second verse. Then, I had no choice to stop everything I was doing and pay attention at everything this song offered and before I knew the song was over. I can’t see this song not being a classic for years to come and I’m still debatting if it’s the best song of the album.

Before I could decide what to do next, I received a punch in the face when the next song « Set it on Fire » started. One of the things I like about Adrenalized, is that they always have a few very fast and aggressive songs to offer on each album, and I just happened to stumble on one of them. The song is very fast from start to finish, and doesn’t give a headbanging break to the listener. This is another song I want to see live as I can already hear the crowd going wild.

About the title for the best song on the album, « The Story to Believe » is another very strong contender. The guitars shines again but every instrument has a chance to shine throughout which makes it that much more enjoyable. The musical interaction with the vocals in the verse and the buildup of the pre-chorus to go into the chorus are pure genius. Then the song takes another direction and finishes strong again with the chorus. Anyone who knows a lot about the genre has to appreciate how the song has been constructed and how you cannot predict at all where it’s going to go when first listening to it.

I also really enjoyed « Gezurra Ari Du », the second last song of the album, even though the vocals are not in a language I can comprehend. The song really brings a breath of fresh air after listening to so many fast ripping songs. The vocal collaboration was well chosen and shines in the song without stealing the show. I really enjoy the way they are playing with emotions with the guitar riffs and both vocals. This song definitaly stands on it’s own on the album, is easily the most heartfelt and the Adrenalized recipe suits it really well.

I could talk about all the songs individuallly, but then I’d probably lose the few who are still reading. Honorable mention goes to « See the World Crumble » who’s another ripper built in the same mold as « Set it on Fire », the judicious use of a sample at the beginning of « Decide » which sets to tone for a darker song and I really enjoyed the last song « Sorry for the Hit » which was the perfect choice to close the album.

This album is a masterpiece, there’s not really another word that would really work here for me. I really hope this album finds the most ears possible, as it really deserves to be listened to. They truly deserve all the success they can get, and hopefully that leads to many tours around the world, including where I’m located so I can get to see them again!